Hello friends. I'm actually putting on a red jacket, but I took a break from it when I was too lazy to finish off the red rope, and at the same time I set up a black, long, short back long, sporty and classic jacket :)

I prefer to use a white belt while using a jacket, I like it very much :)

If you really want a long black arm, you can curl and make it a sport model.

The posture was also very nice, I made an oval cut because the front was short and long and it is very elegant furuyor :)

I use the collar on the jacket collar and I can close it whenever I want :) It was like the Japanese :) I will not be doing collar so soon I will be doing the bitch as I will explain below :)

This is the arched state :)

HOW DO I MAKE IT?

Let me start explaining to tell :) 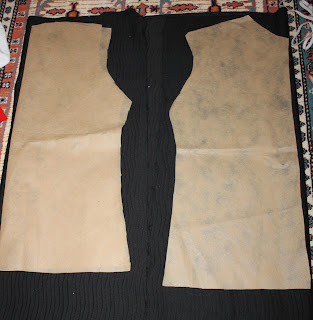 Yes, first of all, I put in molds and they are the molds that I have mentioned to you in my Jacket Pattern. You will understand that once you get the molds out you're done using it many times :)
I cut the back one piece but do not forget it in the middle so that it will sit in the back part of the waist later :) This model is not a collar as I mentioned in my article but I wanted to design a model so that it would be easy :) sewn from joints. If you forget to take your picture in the same way, you also cut and combine the arms. To make the jacket longer, you cut it according to the length you want. In order to make the long back short, I put on my clothes and set it according to him .. I fold the jacket right in the middle and make a curved cut so much :) 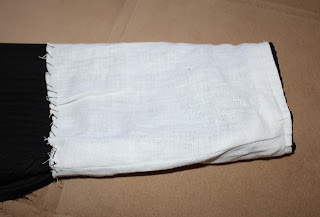 For the white folds on the corners, I cut half the arm from the same thickness and sew it in the arms and the fabric is tied manually to the liner to prevent it from slipping because it is a half arm. I have introduced a white and linen fabric because the linen looks more sporty in these designs. Because the cloth is black, I preferred white for the color that I used the most. 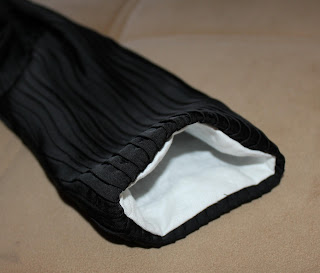 The arm is upside down. As you can see, it's a shiny fabric with fabric. I think that you can wash it on the machine because it is processed :) But it was a convenience that the glue sticks itself in itself :) To bend the edges, I had to open the sticks slightly from the edges and bend the inside and sew it from the sides again. I did not work with the back lining :)
I do not want you to be forced to slip while wearing a steady slip through a row of stitches in your arm so that you can not play inside the arm. 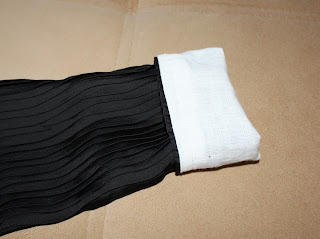 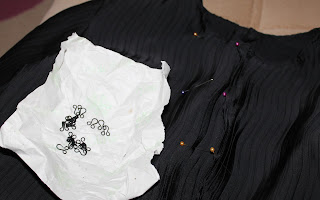 Later on, it was time to offer the opportunity to close the neck part of the jacket with the clips. Whether you use it in front of you, you can use it with a lot of constants :) So you have a lot of options :)
Whether it's sport or classical, modern but classic, indoor, but open, busty, but unobtrusive and so on :) What do you want? I say TRANSFORMERS I haha :)
I hope you like friends :)